How did a 21 year-old build a business with a nearly billion dollar valuation? While celebrity certainly helps, success demands more—and leveraging the attributes of Exponential Organizations is a brilliant way to meet those demands.

Annual sales of $360 million from 10 employees, a founder with 124 million Instagram followers, and close to $1 billion valuation* two years from launch?

Forget the FAANG companies, the real lessons for the future of business are right here. In make-up.

Little sisters can be annoying. Like really annoying. Like the time when I’d just turned 18 and my dad told me he couldn’t let me go out clubbing because my little sister was complaining she couldn’t do the same. She was 14. And yes I did say something like, “that’s not FAAAAIR”. And yes I’m from an Indian household so what dad says goes until you’re at least 45 years old.

What would have been even more annoying is if she had become a near-billionaire by the age of 20. I can imagine turning up at her place in my mum’s borrowed ’99 VW Golf Diesel and parking in her 11 car garage. (Although my sister is very generous and would likely have thrown me a few million or so).

Kylie Jenner is the youngest daughter of Kris and Caitlyn Jenner (formerly Bruce Jenner), and a member of the Kardashian-Jenner clan. She launched her company Kylie Cosmetics in late 2015 with $250,000. From a standing start revenues hit $307 million in 2016, $330 million in 2017 and $360million in 2018. This led Forbes to proclaim her as the world’s youngest self-made billionaire. So how did a 21 year-old build a near-billion value business? It wasn’t through celebrity alone, many have tried and failed. It was because she created an Exponential Organization.

Exponential Organizations are a new type of company that use exponential technologies and 11 common organizational attributes. Examples of famous ExOs include Google, AirBnB and Uber. Using the 11 ExO attributes has allowed these types of companies to scale at rates never seen before. (Take our ExO survey and see how your company measures up versus leading companies at ExQ Survey)

The attributes were derived from a four year study of ExOs and detailed in the book Exponential Organizations. The ‘ExO Canvas’ below is a visual summary of the 11 attributes.

Companies can give themselves the best chance of hitting an exponential growth curve by adopting some or all these attributes. And that’s exactly what Kylie Cosmetics did, and you can do too.

The company started with an experiment. Kylie used $250,000 earned from her modeling career to create and launch the initial batch of 15,000 lip kits. Their initial success with this experiment prompted her and her mother to pursue the business idea.

😍😍😍😍 POP UP @ Topanga Westfield LA .. Will I see you there ;) thanks @shopify for making my vision come to life !! #poweredbyshopify

Since then she has continued to experiment with a limited run in Topshop and pop-ups in San Francisco, Los Angeles and New York. She built her first pop-up at the Westfield Topanga mall near Los Angeles in 30 days. It attracted 25,000 customers over 14 days in December 2016. This experiment informed the decision in November 2018 to sign a deal with Ulta Beauty Inc, a chain of beauty stores in the United States.

Kylie is Snapchat’s most followed user. Her profile is the 7th most followed account on Instagram with 124 million followers. To give some perspective, that’s more than Gucci with 32.1 million, Chanel with 31.2 million and Louis Vuitton with 29.2 million combined. As a makeup brand Kylie Cosmetics has 19.5 million followers, in second place behind Mac Cosmetics with 21 million.

When things go wrong Social Media also offers a way to immediately address the issue. When a defective product was shipped Kylie used Twitter to address and appease her customers.

Of course not all founders have a massive social media following to leverage into a business. But then again, many celebrities have tried and failed to do exactly that.

Kylie built up anticipation for her first batch of lip kits on Instagram for months. She only announced the launch one day before they went on sale on November 30, 2015. The kits sold out in less than 60 seconds.

Creating anticipation and the introduction of scarcity gamified the purchasing of the kits, leading to the initial buying frenzy. She has continued to use social media to not only market, but engage with her customers.

Yet even these large engagement numbers pale in comparison to Kylie Jenner’s own reach with a post of her child attracting 10.4 million likes and 69,000 comments. This level of social following has allowed her to market directly to her followers and customers at zero cost.

The wait is over! #HIGHGLOSS is restocking THIS FRIDAY ✨ Mark your calendars 🗓 January 4th at 9am PST!

Kylie Cosmetics has also used controversial tactics, such as when she named some of her brusher ranges 'Barely Legal', 'X-rated' and 'Virginity'. This drove negative engagement around marketing names like this given the young age of some of her customers. But the ultimate result was more coverage on social and traditional media.

Using leveraged assets is more than outsourcing. It’s using other people’s assets to deliver your core product offering. Airbnb doesn’t own any apartments, Uber owns no taxis. And after marketing and product development, Kylie Cosmetics does little else from sales to fulfillment.

Shopify, a software as a service e-commerce platform, manages the online sales process and provides unlimited bandwidth. This is particularly important given the buying frenzies her kits inspire.

Manufacturing is done by Spatz Laboratories, which produces private-label cosmetics from two factories in Nanjing China and Ventura County, California, US. Seed Beauty, the parent company of Spatz, handles everything from packaging to shipping fulfillment.

Leveraging assets this way allows Kylie Cosmetics to focus on marketing, scale quickly, lower risk, and use the expertise of others.

A business’s community is made of people who are not employed by the company but have a close affiliation with it. For Kylie, this is her family. So in November 2016 Kylie launched her first collaboration called Koko X Kylie with her half-sister, Khloe Kardashian. She has since done collaborations with other siblings and her mother. Using this community she was able to leverage their brands and social media followings, as well as their input into products.

Instagram and Shopify provide detailed analytics and dashboards on engagement and sales. Using dashboards provide real time data on how, for example, engagement with a teased product online converts to actual sales. This drives live decision-making and provides data to plan for the future.

Seed Beauty and Spatz Laboratories employ over 500 people to work on Kylie Cosmetics. That’s compared to 10 full time equivalent employees for Kylie Cosmetics itself. Leveraging other people’s staff allows the company to stay lean, whilst having the ability to flex its workforce based on demand, without the overhead risk.

The net effect is exponential growth not seen elsewhere in cosmetics with $990 million in total revenue generated over the first three years. For comparison it took Tom Ford Beauty ten years to hit $500 million in annual revenue.

Driven by leveraging other’s assets and a staff on demand approach, revenue per full-time employee was $36 million in 2018. $36 million! That is over three times larger than Valero Energy, the leading S&P 500 company for revenue per employee. 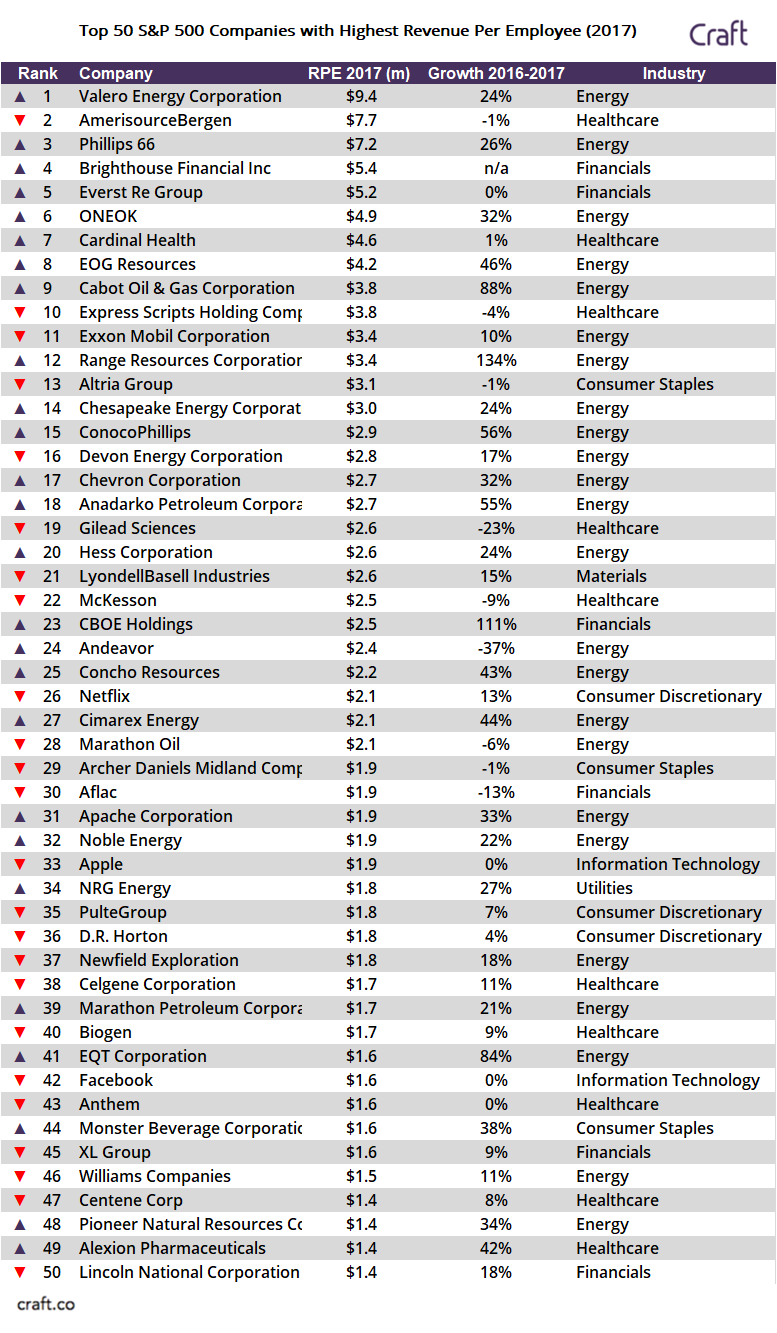 Admittedly Kylie Cosmetics is a much smaller company, but it’s still a mind-boggling statistic.

Forbes valuation at $900 million is also controversial. But remember they based this figure on real revenues and real profits (e.g., £230 million profit in 2017). This is versus paper valuations often given to companies that have yet to prove business models at this scale and are hemorrhaging cash.

For reference, Jamie Kern Lima, a former news anchor and Baywatch guest star, started It Cosmetics in 2008 and sold it to L’Oreal in 2016 for $1.2 billion on revenues of $182 million in 2015. On that basis Kylie Cosmetics would be worth $2.4 billion.

Now is Kylie Cosmetics really an Exponential Organization? Not quite. Its greatest strength is also its greatest weakness: reliance on its founder as the core of the brand as well as her marketing and promotion power. This is evidenced by the fact that revenues grew only 7% from 2016 to 2017 and 9% to 2018 despite the exponential start.

An MTP for a company extends beyond a simple mission statement. It’s a purpose bigger than the company. An example would be Google’s 'Organizing the world’s information' or SpaceX’s 'to revolutionize space technology, with the ultimate goal of enabling people to live on other planets'.

MTP-driven businesses attract talent, investors, and customers that are willing to go to extra lengths to support the company because they believe in the purpose.

As commented on by Li Jin, an investment partner at Silicon Valley venture firm Andreessen Horowitz: "To become an enduring, standalone business, it's necessary for all influencer brands to go beyond being tied to a single person, and create a 'purpose brand’."

Examples of celebrity founded companies that have managed to do this include Gwyneth Paltrow’s Goop and the Honest Company, co-founded by Jessica Alba. The Honest Company’s MTP: “To create safe effective products, for our family and yours.”

Beyond this another path could be to develop into a platform. For example, the community could design their own versions of Kylie’s products and kit combinations. Engagement on the platform would reveal popular products and these could be pre-sold and quickly manufactured. Doing this would reduce reliance on Kylie herself and create a virtuous design and sales loop.

How to copy Kylie and build your own ExO

You have a head start. You have the customer base, brand, operations, but most importantly the staff. Search through your organization and you will find those wanting to push the company upwards, and willing to put in the extra work to do so. Teach them design thinking, put them through a 10-week ExO Sprint, and create initiatives built around the 11 ExO attributes. Taking on four of the ExO attributes into your business can be enough to put you on an exponential path. If you need help let me know, this is what we do—we wrote the book on it.

You can integrate all 11 attributes. I ran an Exponential workshop for the Norway's leading start-up accelerator, Katapult. Participants came up with ideas there to 10x their businesses. e.g. a provider of virtual lab environments for STEM training realized they could use their community to build the items needed for their virtual lab environments, rather than building them all themselves.

Tools to help you

Every journey begins not with a single step, but by knowing where you want to go, and more importantly, where you are.

We created a diagnostic survey called the Exponential Quotient (ExQ) which scores your company on the 11 ExO attributes. Take the survey here at ExQ Survey and see how you measure up versus leading companies. Then get to work. It won’t be easy, but it will be fun.

As for Kylie Cosmetics the route forward is a mix of traditional distribution through retail stores and a move beyond reliance on the founder. A true $1 billion valuation within one year? I wouldn’t bet against it.

A version of this post was first published on LinkedIn - March 5th, 2019.

Entrepreneur, strategy consultant, investor, martial artist and poet—Soul Patel is driven in all that he does by his personal MTP: Have every human being achieve their full potential. His hope is to change the world through the education and inspiration of people—ultimately helping them to transcend the current confines of their thinking, beliefs, and understanding of themselves.

Get The Latest News, Tips and Insights About ExO Works

Ready to make an

The Latest From ExO Works

Braintrust: A Story of Hockey Stick Growth in Record Time

Louis Vuitton’s Stroke of Genius
Back to Insights